Trustee diversity and environmental sustainability: why digital is fundamental to both 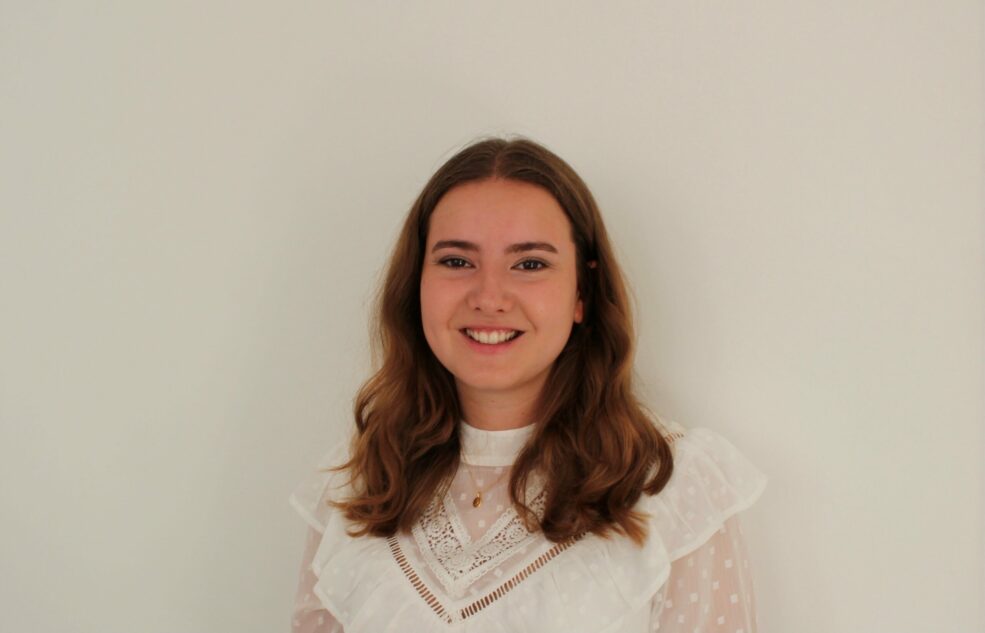 As part of our interview series with charity leaders breaking new ground with digital during the pandemic, and following Trustees’ Week and with COP26 drawing to a close, we spoke to Kate Roberts, trustee of PeaceJam UK and Ambassador for the Young Trustees Movement, about trustee diversity on boards and her work on environmental sustainability.

1. Can you tell us about how you became a trustee? How have you found being a trustee so far?

I became a trustee by accident at the age of 21 when I was elected Vice President Education Sabbatical Officer at Royal Holloway University’s Students’ Union. It meant I automatically became a trustee of the SU. I am extremely grateful for this experience and saw first-hand the benefits that a board of supported and empowered young people can bring to an organisation.

It was in this role that my passion for governance and diversity on trustee boards was born. I don’t think it would have happened otherwise, as the role of a trustee seemed unclear and not something for people like me. The following year, at the age of 22, I was elected President of the Students’ Union, which came with the added responsibility of chairing the board, as well as a role on the University’s College Council. When my term ended, I looked for a new trustee role in order to continue supporting charitable organisations. I am now a trustee for PeaceJam UK.

2. What is the Young Trustees Movement and can you describe your role there?

The Young Trustees Movement is made up of current and aspiring young trustees, employers and allies. We exist to double the number of trustees aged 30 and under on charity boards by 2024. At the moment, less than 3% of charity trustees are under 30 and less than 0.5% are under 25. For a sector that works incredibly closely with young people, there is so much more that needs to be done to allow a greater diversity of perspectives to be heard at all levels of organisations. I am currently an Ambassador for the Movement, representing the South East of England and working on a campaign about environmental sustainability. The more I have got involved with the movement, the more inspirational and incredible people I have met who are disrupting the status quo and making changes in all areas of the charity sector.

3. How has digital been involved in your role as a trustee and with Young Trustees Movement?

Digital has been vital to all the trustee roles I have held, as well to my engagement with the Young Trustees Movement. One of the many barriers to a diverse trustee board is flexibility and allowing individuals from all walks of life to engage. For young people this often means that they can’t attend a trustee meeting on a Wednesday morning as may have been the previous norm. However, digital is allowing more flexibility in our work and volunteering lives, as well as reducing the time commitments and costs. My current trustee role is with an organisation that based outside the South East. It’s a role I probably would not have been able to do prior to the expanded use of digital during the pandemic as travelling to attend an in-person meeting would have been unachievable.

My previous experience of chairing a board during the pandemic used digital to allow us to meet more regularly with trustees during a time of difficulty and development for the organisation. It meant that all trustees could continue to engage despite other commitments in their lives, such as family and work.

My engagement with the Young Trustees Movement has been purely online. This has allowed us to discuss and develop our ideas regularly and flexibly, provided the opportunity to run more events with a larger audience, and allowed me to develop my campaign on environmental sustainability with many organisations I would not have been able to engage without digital being embedded in our lives.

4.  What would you advise charities about how to make their boards more diverse? What impact will this have?

Acknowledging the lack of diversity on trustee boards can be challenging for a board to address and decide to take action on, particularly when there’s a culture of engaging trustees through connections and word of mouth. However, once the board has made a conscious decision to tackle this, there is ample support and opportunity to start engaging a more diverse group of trustees. The Young Trustees Movement website allows organisations to post adverts for trustee roles, creating a wider base of people to start engaging with the role and consider joining a board where they can see diversity is recognised and valued.

The next step is to support new trustees. Specific training or regular discussions with another trustee may be useful for a young person, particularly if they have not been a trustee before. It is crucial to create a welcoming culture where everyone feels their contribution is valued. All trustees should feel confident enough to ask questions and speak out on any issue. A greater diversity of perspectives will massively impact the quality of questions and discussions. For boards, young trustees bring new and innovative ideas, potentially reflect the interests of the communities the organisation serves, future proof any decision making and help navigate uncertainty. It is also of huge benefit to the young person, as the board will be supporting a future charity leader to develop professionally and grow their network.

5. Climate change is such an important issue for boards right now. How do you think boards should take action on it?

The climate emergency poses a significant risk to the communities that charities serve, impacting every charitable mission. Boards need to start by acknowledging this issue and how it relates to the future longevity of their organisation and the beneficiaries they serve.

The COVID-19 pandemic has deepened existing inequalities and emphasised that risk multiplier that being the most marginalised in society can have in times of crisis. Our climate crisis operates in much the same way. It amplifies existing inequalities and increases the disparity between the privileged and the marginalised. Social justice and environmental justice are therefore inextricably linked. Serious consideration towards embedding sustainability in everything that an organisation does is essential, with a particular need to ensure that a diversity of perspectives is involved at all levels, including on trustee boards. Every decision you make as a charity should consider environmental sustainability because all your decisions will impact upon the environment in some way.

It is hard to start on this journey, particularly when specific environmental expertise may be lacking in your organisation. This is why it’s important for the charity sector to come together on this issue and support each other to make the necessary changes that are so desperately needed.

6. What would you like to see charity boards doing differently 5 years from now? And how will digital be part of that?

I hope to see greater diversity among the people on charity trustee boards, including a significant increase in the number of young people. Intergenerational leadership needs to be embraced, particularly when it comes to the climate crisis, where young people are driving forward the conversation. I also hope that more people can see people like themselves in trustee roles and therefore see it as an attainable goal, rather than something reserved for a specific kind of person.

Digital is fundamental to the shift in both trustee diversity and the ability of charities to address sustainability. Both require innovative and flexible techniques to continue achieving our charitable missions whilst addressing the current gaps in how we operate as trustee boards and the people and issues we are currently leaving behind.